Call for Nominations of 2023 Canadian Award for Telecommunications Research

We solicit nominations of individuals with outstanding records of achievement. Nominations shall consist of:

For more detailed information and CATR and the award procedures, please refer to the official CATR document.

The award will be announced at BSC 2023.

Nominations shall be addressed by the deadline of January 31, 2023 to:

Inquiries about the award should be addressed to:

This year the award committee consists of

For complete award procedures and names of past winners, please see: http://infotheory.ca/index.php/canadian-award-for-telecommunications-research-catr/ 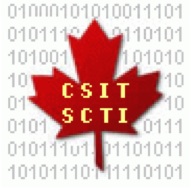